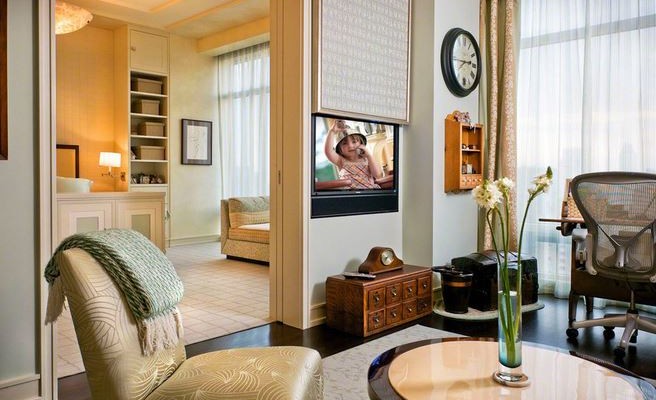 Having a state-of-the-art flat screen, LED television is something people should be proud of today. If you have one in your apartment, you will definitely be showing it off in your living room, right? However, no matter how great it is to have a flat screen television displayed in the living area, sometimes, it just does not fit well with the theme or motif of the room. Hence, instead of contributing to the overall aesthetics, it could even end up being an awkward element in there. For this reason, a lot of homeowners have resorted to creative ways on hiding their television. Some hid it inside a cabinet, which only opens when they need to watch some TV; while some mounts it on an equipment in the ceiling, which lowers it down by remote control just when the family needs some television. So if you are doing a living room remodel, and is on a dilemma on what to do with the television when it is not in use, here are a few creative ideas you can consider:

Some living room remodels would mean purchasing a new television; however for some, it also means having to conceal it. The television is a great investment, but sometimes, entertainment come on a whole new other level when your house has the capacity to conceal the TV and reveal it when the family needs some TV bonding time.