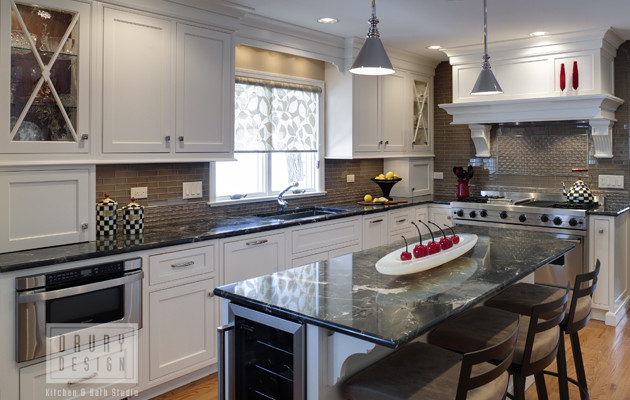 The use of tiles is kept to simple and minimalist patterns rather than more elaborate designs. You can use much of the same tile options as used in traditional kitchens but rather than using them to create more textured and detailed patterns, they are used for more simple patterns.

If you’re undergoing kitchen remodeling and you’re thinking of going for a transitional style kitchen, opt for more neutral palettes like cream, white, or dark brown. To soften the color of your kitchen, use a combination of darks and lights like cream and white on your walls and cabinetry but dark wood on the flooring or dark countertops.

When you’re undergoing kitchen remodeling for the purpose of updating your kitchen’s style, you don’t necessarily have to choose between two competing styles, creating a balance between traditional and modern is much easier than going all-out modern. Plus, you might be able to reuse some of your old kitchen’s features if you employ a transitional style.